Reshaping our cities and urban mobility along the way 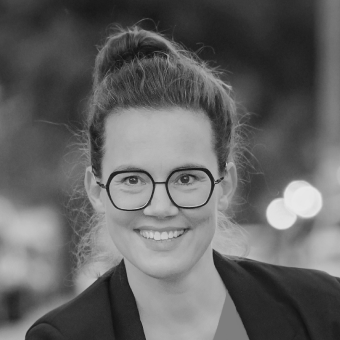 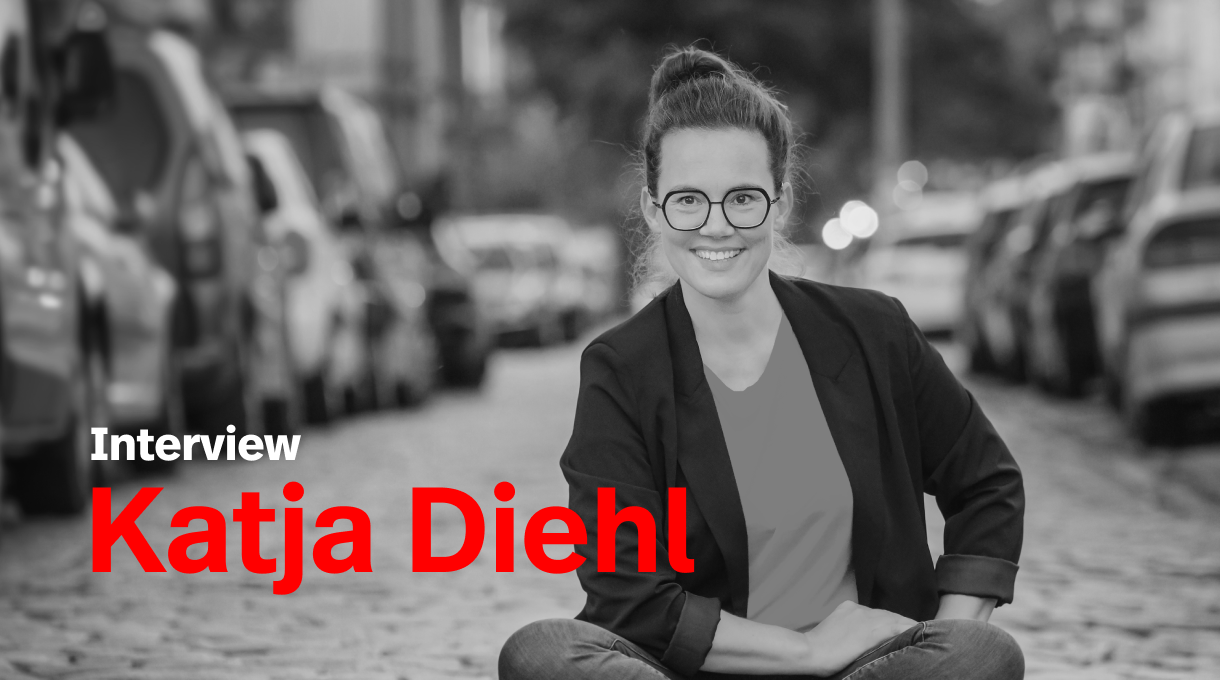 You just published the book Korrektur: Mobilität für eine lebenswerte Welt. Tell me about it.

“For my book I interviewed sixty people who live without a driver's license and who all have different reasons to not own a car. Here are the stories of people who are already left behind and we don’t give them a solution for better mobility.”.

Is your book only focusing on a margin group?

“I start my book covering the period after the Second World War, where everything in Germany was destroyed and we started building the mass transport system based on cars and creating car centric cities. Then I explore the way we have built cities in Germany and how we have arranged the rural areas. I interview people in the margins of society like transgenders for example and want to know if they want to drive a car or do they feel forced to drive a car? Nearly everyone I asked that question has never really thought about it that way, but when it really sinks in they feel they are forced to drive a car. They’d rather not drive a car and instead spend their money for example on better food for their families. They also think the time spent in their car is too valuable because they can’t do anything else when they drive a car. I try to offer solutions to this problem and hopefully this kind of storytelling will help people to see that we are approaching mobility the wrong way.”

What way is that?

“I think people in Germany really believe in cars. There is a strong industry and lobby group behind it and there really is a Marlboro Man behavior that goes with it. The problem is when this industry is cutting down everything, we will lose the only thing we have in Germany. We are a country of writers and thinkers but currently it is all about the car industry. I am trying to open a door to show people how toxic the focus on cars actually is. We are totally dependent on cars at the moment.”

What would the solution be?

“For me it is the fifteen minute city. It would be perfect to have everything nearby and accessible by bicycle, even in the rural areas. So, create areas in the city where you can party, and part of the city for amusement, shopping and work. I live in Hamburg and we really have this homogeneous approach. Let’s cut down the huge amount of kilometers people have to travel to either get to work or do some shopping. The COVID crisis had been good in the aspect that people started working from home a lot and there was not a huge need to travel. With the pandemic ending, companies want their workforce to return to the office. The people I spoke to are not willing to spend hours a day commuting to work and are now trying to find a job where money is not the sole motivator to work, but the chance to work from home or even remote is what matters more.”

Why do we need a radical shift in thinking about mobility?

“Well we lose so much time at the moment and we seem to be extremely addicted to cars. It is like a drug addiction. Everything is built around owning a car. If people lose their job or get in financial stress they can’t get around anymore and they lose their mobility. In Germany it is totally normal to have a car and if you don’t, you are being frowned upon. For some minority groups the car is also their safe space.”

What do you mean?

“I talked to a trans person and she was beaten up when she took the bus. She also said she really likes to get the train but this can also be a scary experience after certain hours. Her solution was really simple. Why not have a system where you can let people know after certain hours there are friendly people in the train you can sit with? This is not about digitisation but about human centric behavior. It is so much easier to find a good solution to a problem by putting people center stage when trying to come up with a solution.”

Can you elaborate further on the human approach of mobility?

“Maybe cars are avoiding machines. Avoiding getting together with other people and avoiding buses. I think people who have a comfortable lifestyle can’t imagine how much problems around mobility there are for other people. We need to regain our streets, there really is a clear business case behind it. In London for example they found out when they gave streets back to cyclists and pedestrians, the local businesses had a forty percent bigger turnover. Because people were walking and cycling and looking around. This doesn’t happen when driving a car because your sole focus is to get somewhere else. I think there is a thin layer we call the change of mobility, but there are bigger social problems underneath.”

“I think you are a racist when you don’t understand why people don’t get a bus at midnight. We have to build a barrier free system so we take into consideration the elderly, pregnant women, people with a handicap. When you focus on the minority you always give something back for the majority. I have a friend for example who cannot stand longer than one and a half minute because of a back injury. He takes the car because there is no bench for him to sit on at his bus stop.”

So we must look at mobility problems more as an individual than as a collective?

“Maybe the individuals don’t see each other as a collective. Maybe they all have different lifestyles and other issues but the problem they address on mobility might be the same. For example, I would never board an autonomous shuttle with sixteen strangers if I don’t know who they are. You can’t digitize the need for safety. We need to build a system that cares for each other and that fits maybe ninety percent of the population. I can’t stand injustice. I hate it when people are not treated equally. In my Twitter channel people always tell me to write more about mobility not about sexism and racism. But why not? We can’t change mobility if we are not willing to look at changing all the -isms. My approach in the mobility domain is about changing behavior. You need to get in people’s heads to change their approach towards changing mobility. We don’t act as humans when driving a car, because we are killing each other. If Deutsche Bahn would kill eight people a day we would not run this system at all, but for cars this seems to be totally normal. Why?”

What other solutions are needed?

“We need to look at mobility differently. Diversity really matters here. So when coming up with a solution think about people in a wheelchair, trans people or other blind spots you might have. Take that into your equation to come up with a mobility solution. This also means we need to have a better mix of people at government level and not just all white middle aged men.”

What could Germany learn from other countries in the world?

“In Austria they measure big infrastructure projects against the Paris agreement. The question they ask is if they are fulfilling the agreements when they start such projects. In other words, will this project mean a temperature rise of 1,7 degrees? If so, we have to decide to cancel the project or otherwise compensate for it. In Austria they are cutting down on building highways and tunnels because they are saying there will be less cars in the future. So why do these big infrastructure projects? In Germany we look at Austria and the narrative here is that Austria is such a small place, so they can do these things easier. We don’t even look at taking the first step.”

Where lies your main priority?

“For me it is the injustice of the mobility system. It is letting marginalized people in society down. We are so focused on having technology solve our problems and I am saying no to that. We need to look at climate justice, which is also some sort of social justice. Because poor people mostly live in places with high congestion. So the approach should be to look at cutting down on cars and to regain space for people. In Vienna for example they took the streets away from the cars and gave it back to the people who live in minority quarters. It is about making cities liveable again.”

The car industry will claim pollution will be something of the past, because we will all be driving electric cars soon.

“That’s a lie. They are liars. Because it is only solving the local emission. It is not addressing global emission. They are still using resources in other places in the world and there will still be pollution there. And let’s not forget about the space cars take up in the public domain. People keep telling me to move to a rural area if I have such problems with cars. But the problems in the rural areas are the same. You are totally stuck in rural areas if you don’t have a car. It is even worse than in the city.”

“Look at what they are doing in Paris and Barcelona, they are regaining neighborhoods and connecting people with each other and that’s a good thing because it feels safe. The pandemic for example has been a good thing for the neighborhood I live in, because people were hanging out on their balconies and really started to connect again. They connected with their neighbors, but also with the small businesses in our neighborhood. We must also offer a good bicycle system, so there is no need to take the car in cities and rural areas.”

Thank you!
Oops! Something went wrong while submitting the form.
About us
ES_Mobility is part of the Edenspiekermann Group.
A design driven innovation company with a 40 year trackrecord of unlocking business opportunities through design and innovation.

ES_Mobility is a founding partner of The Lab of Thought.
How can we help you?
Contact us at any of our offices in the US, Europe or Asia or send an email here.